If so, you may want to try our Sea Moss Premium Formula, which is a combination of Organic Sea Moss blended with Organic Bladderwrack and Organic Burdock Root and can potentially give you all of these health benefits.

The combination of these ingredients is also thought to potentially improve: 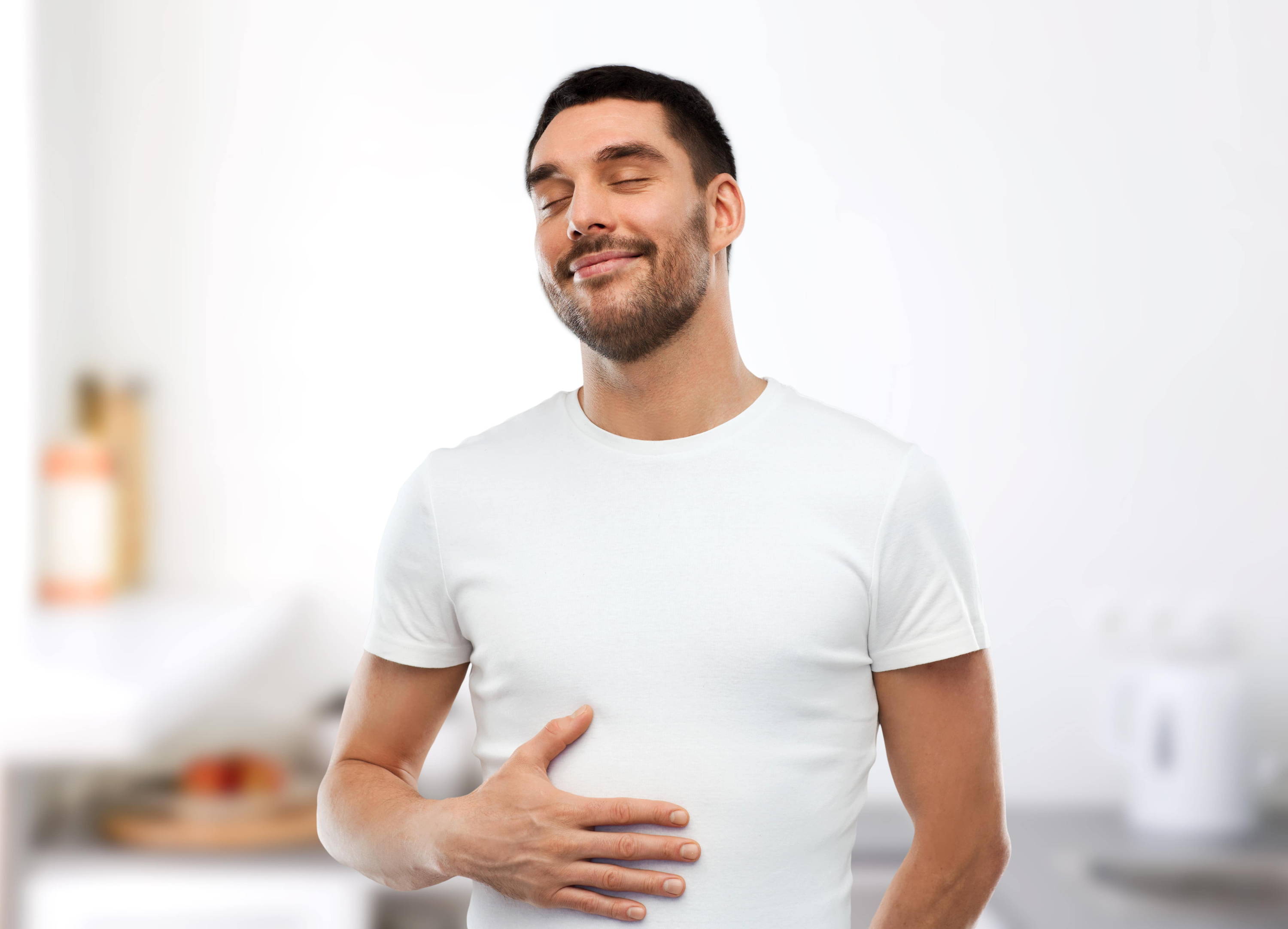 What is Sea Moss?

Sea Moss is an edible seaweed scientifically known as Chondrus crispus. It grows in waters on the rocky Atlantic coasts and is most commonly found between Europe and North America [1].

Sea moss grows in a variety of colors, with numerous different shades of green, purple, red, brown, black, yellow and purple [2] - the most common being red which is commonly referred to as Irish Moss. 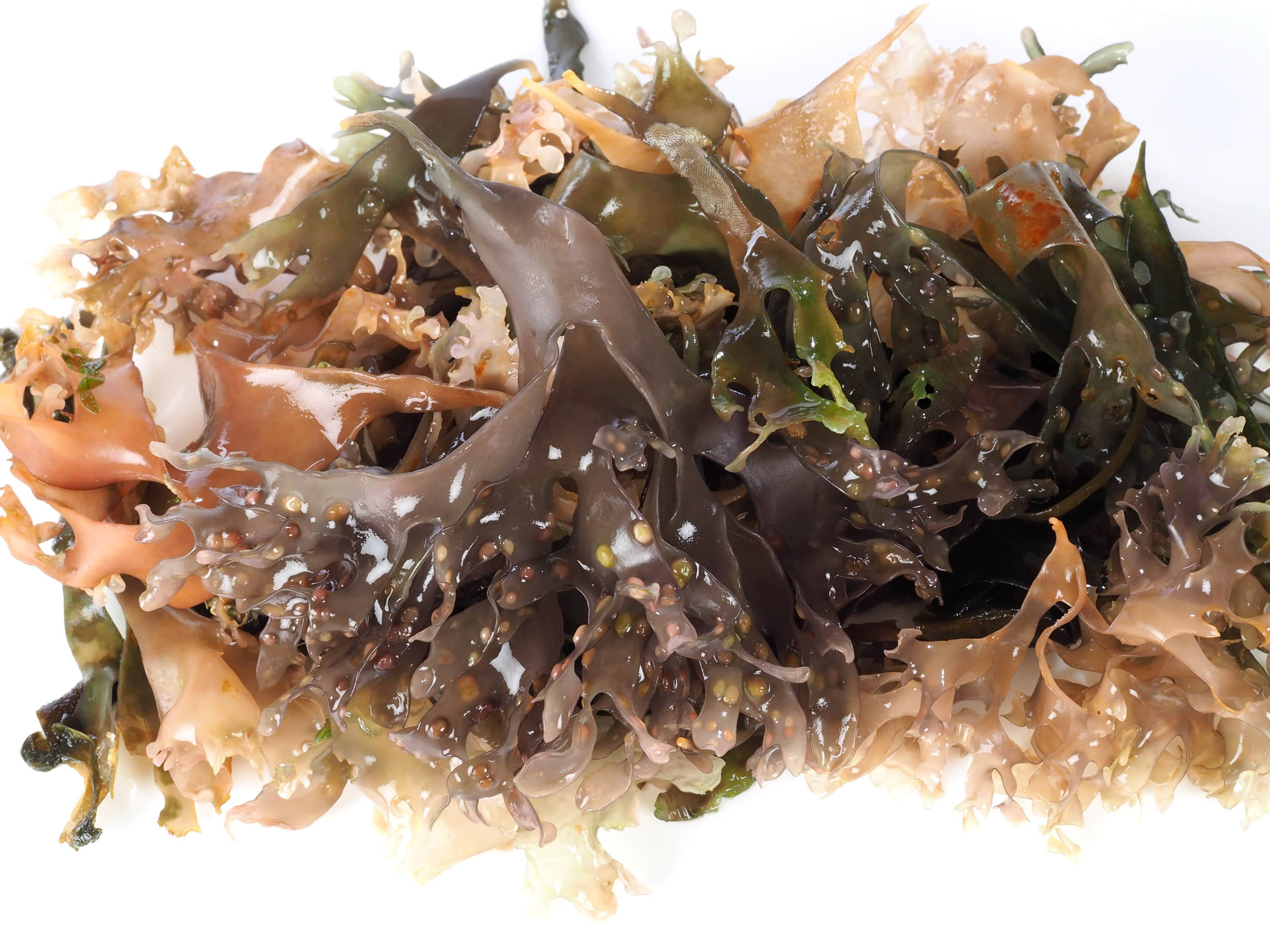 Sea moss is a great source of iodine which is necessary to maintain a healthy thyroid [3].

Sea moss (and other red seaweeds) are rich in antioxidants - compounds that help to protect your cells from oxidative damage [4].

How was Sea Moss traditionally used?

Irish moss was used as a “poverty food” during the Irish Potato Famine (1846-1848) because it’s particularly nutrient-dense.

The strong association of Irish Moss with this particularly difficult time is one of the reasons that Sea Moss was largely ignored for many years after. Traditionally, Irish Moss was used as a cold remedy, and has also been recorded as far back as 1810 for respiratory ailments.

It was also once used in the widespread treatment of pneumonia and tuberculosis.

The Irish Moss health benefits were well known to the natives of Ireland, a long time before it was given a “Superfood” status.

Ancient Irish tradition states that Irish Moss was carried for safety and protection and was also placed under rugs mainly for luck and wealth.

In Venezuela it has been boiled in milk and served with honey for generations as a remedy to help ease chest infections and sore throats.

How does Sea Moss help you?

People use sea moss for its many health benefits. Sea moss is a fantastic source of minerals and vitamins - it contains 92 of the 102 minerals that the human body needs to function properly, as well as antioxidants that may benefit overall health.

Seaweeds (especially brown) also contain sulfated polysaccharides, which are believed to have a myriad of health benefits [5].

Some of the main potential benefits of using sea moss may include [6]: 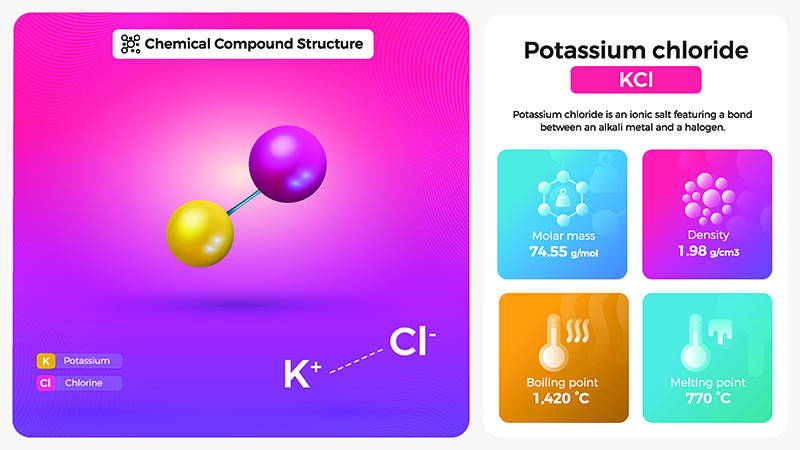 Bladderwrack, scientifically known as Fucus vesiculosus [12], is another type of seaweed (brown in color) and mainly grows along the coastlines of the North and Baltic Seas, Atlantic and Pacific Oceans and can also be found in various waters in the US & Canada [13].

Rich in vitamins, minerals, such as calcium, iodine, magnesium, potassium, sodium, zinc, and vitamins A and C [14] and antioxidants, many people believe that bladderwrack’s impressive nutrient profile can give many health benefits.

Historically, those who lived near the sea had relatively low rates of thyroid problems, due to their iodine rich diet, which included seaweeds.

2000 years ago, Greek Physician Dioscorides mentioned Bladderwrack in his “De Materia Medica”, where he recommended it for inflammation and “gouty afflictions”.

In the early 1800’s. Bladderwrack was found to have a high iodine content and became widely used as treatment for goiter (a swollen neck because of large thyroid glands).

By the 1860’s, Bladderwrack was also being used to counteract obesity by speeding up metabolism. 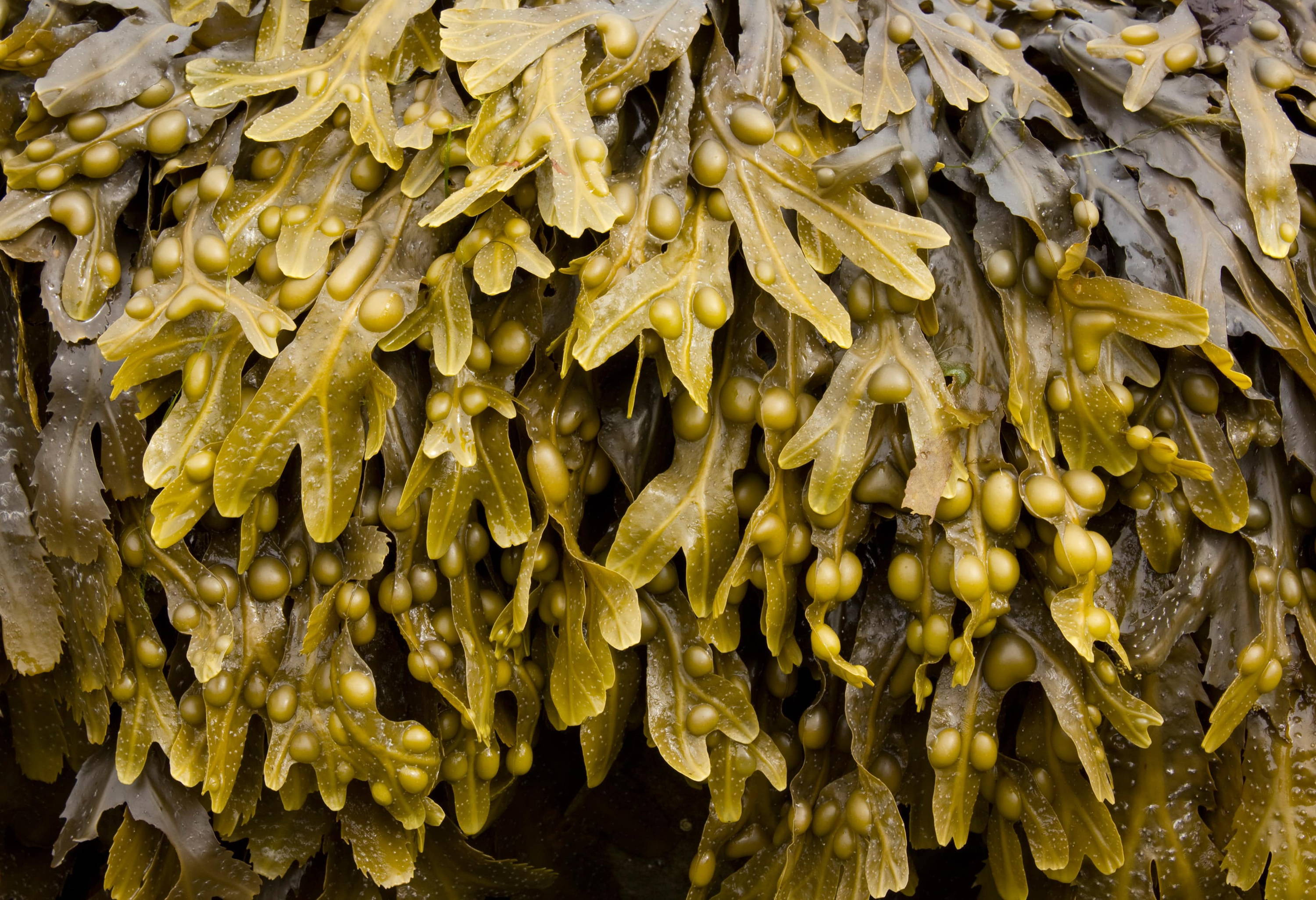 Why is Bladderwrack Beneficial?

Fucoidan seems to possess many different potential health benefits such as:

What is Burdock Root?

Burdock is scientifically known as Arctium lappa - a plant native to Europe and Asia. It now also grows in the United States

Researchers have uncovered many potential health benefits of burdock root [17].

Burdock Root’s potential health benefits were recorded in “The Compendium of Materia Medica” from the Ming Dynasty.

Traditional Chinese medicine refers to it as‘Niubang” [18] and often used Burdock to help treat flu, cold and other chest and throat infections.

In the 12th Century, Ancient herbalists such as Hildegard of Bingen recognized Burdock’s healing powers. 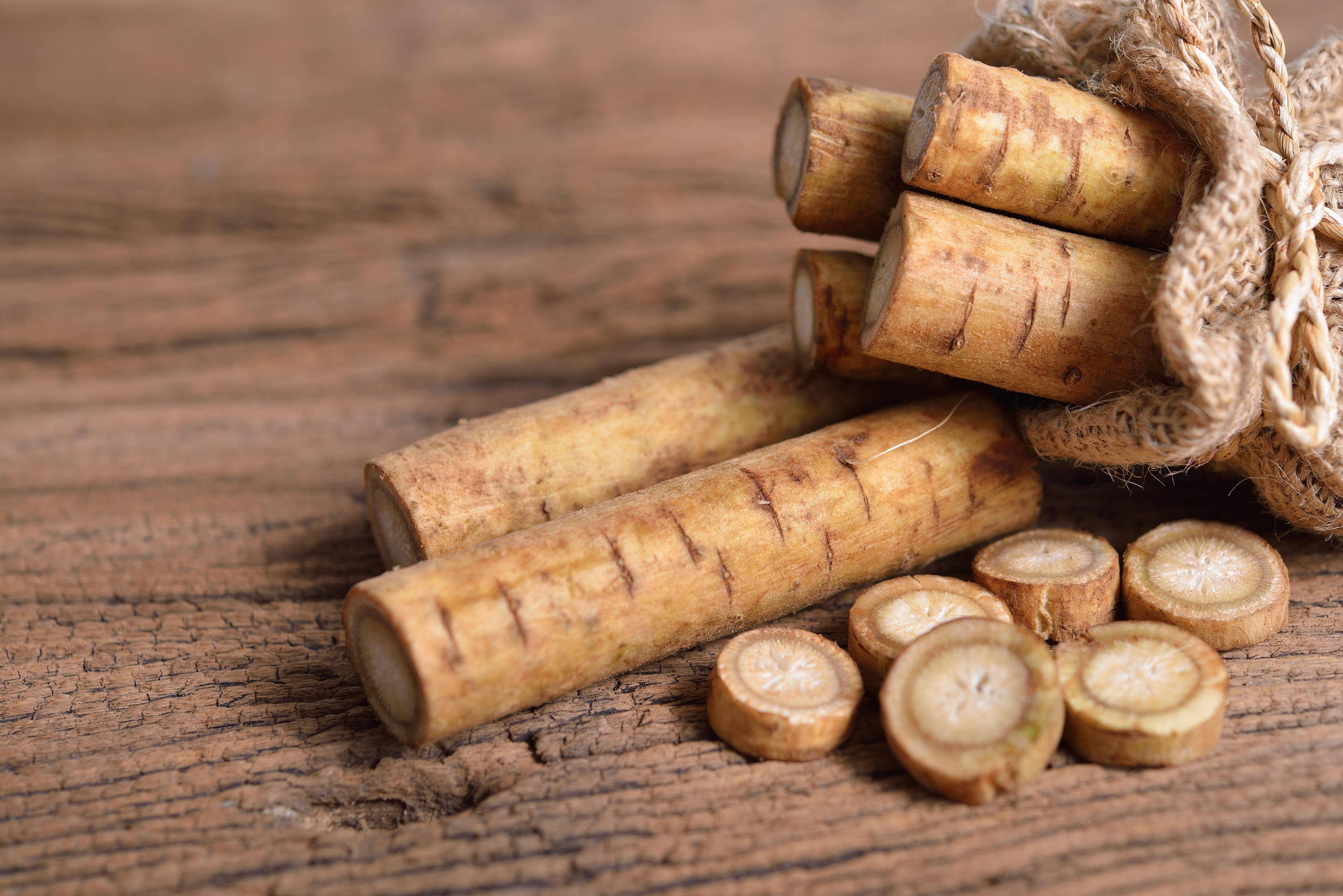 Burdock has many potential health benefits that stem from its anti-inflammatory, diabetic support, and microbe-fighting properties [19].

The lignans and flavonoids found in burdock root are believed to be responsible for many of the potential health benefits [20]: 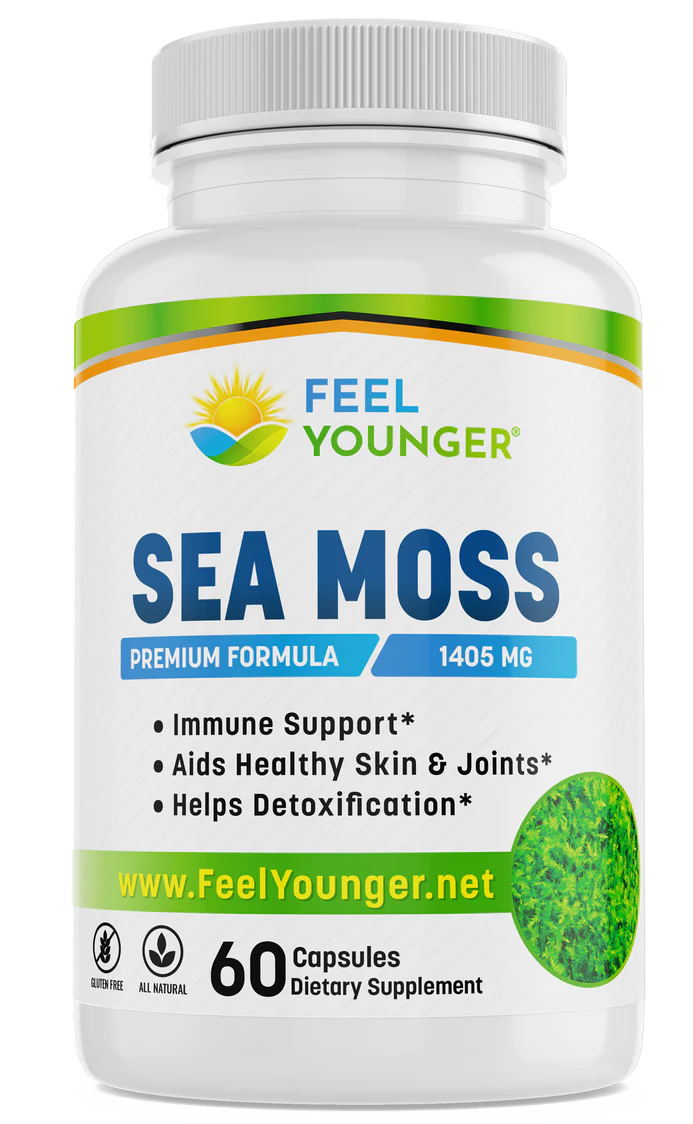 Our Sea Moss Premium Formula with Bladderwrack is made from high quality, high purity, Organic ingredients. It is also non-GMO, as well as being vegetarian and vegan friendly.

Our Sea Moss comes in an easy to swallow capsule form.

Here at Feel Younger, we believe in providing strong doses at reasonable prices. Our Sea Moss capsules provide a 2810mg daily dose, and will cost you no more than $27, with discounts available on subscriptions for multiple bottles.

Take 2 capsules, once a day with water.

For best results, take our Sea Moss capsules 20-30 minutes before a meal.

Sea Moss can act as a blood thinner, and should not be taken if you are on blood thinning or anticoagulation medication. It may also cause bloating.

Sea Moss and Bladderwrack contain high sources of Iodine, so should not be taken with other Iodine supplements.

Burdock is a natural diuretic, and should not be taken if you are dehydrated or already taking other diuretics/water pills. It can also lower leptin.

Should not be taken by pregnant women. 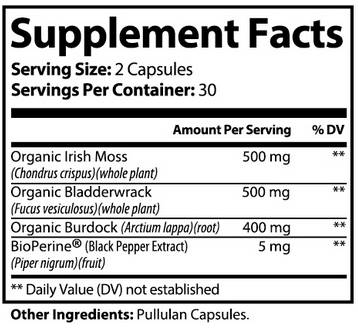