120 visitors are looking for this product right now!
Inform me when the item arrives

Chlorella supplement capsules provide you with the green power of one of the world's most nutritious foods. Boost your energy and enhance your mood with a natural supplement made from chlorella.

121 visitors are looking for this product right now!

127 visitors are looking for this product right now!
Inform me when the item arrives

Chlorella supplement capsules provide you with the green power of one of the world's most nutritious foods. Boost your energy and enhance your mood with a natural supplement made from chlorella.

129 visitors are looking for this product right now!

If so, you may want to give Chlorella a try! It has also been shown to: 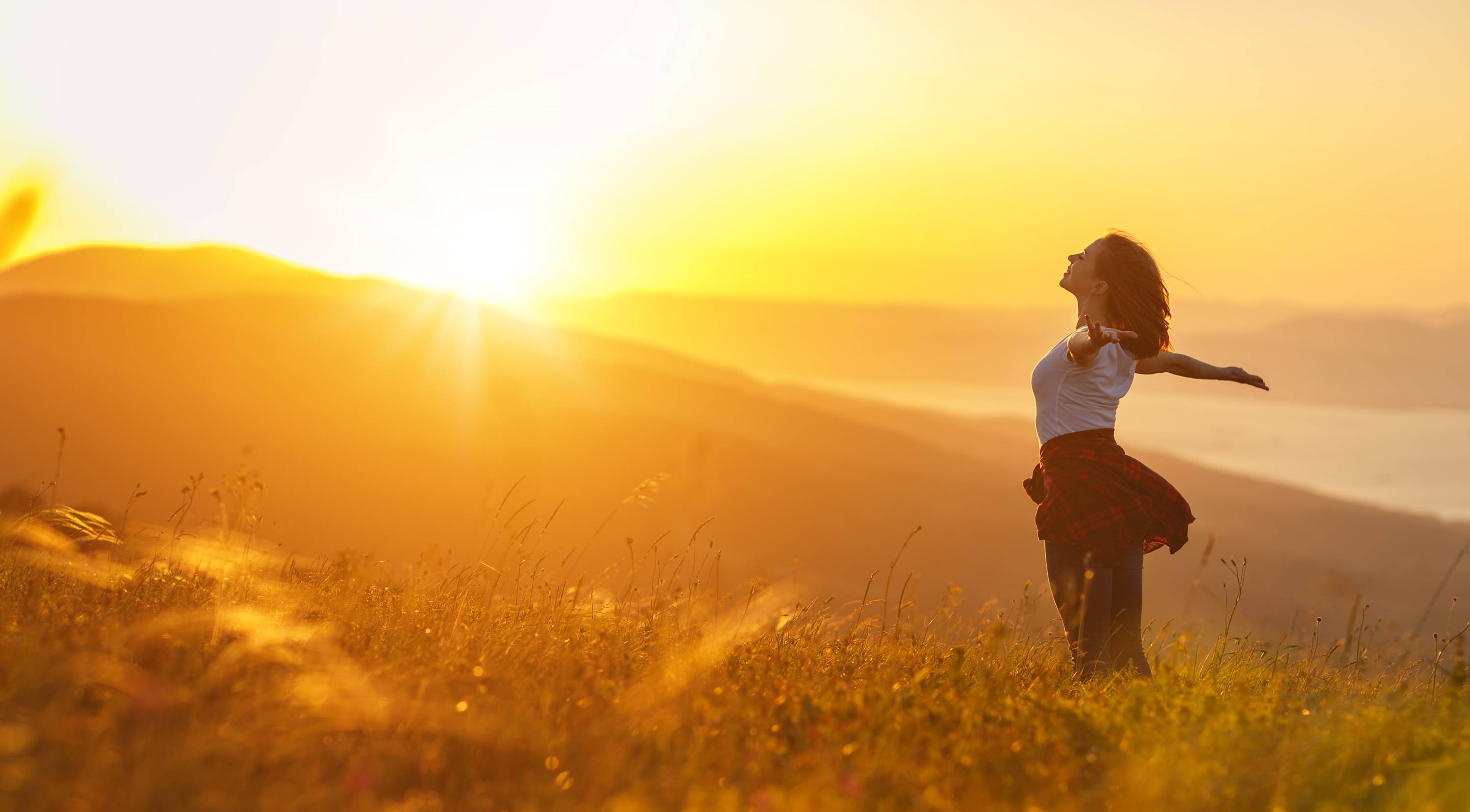 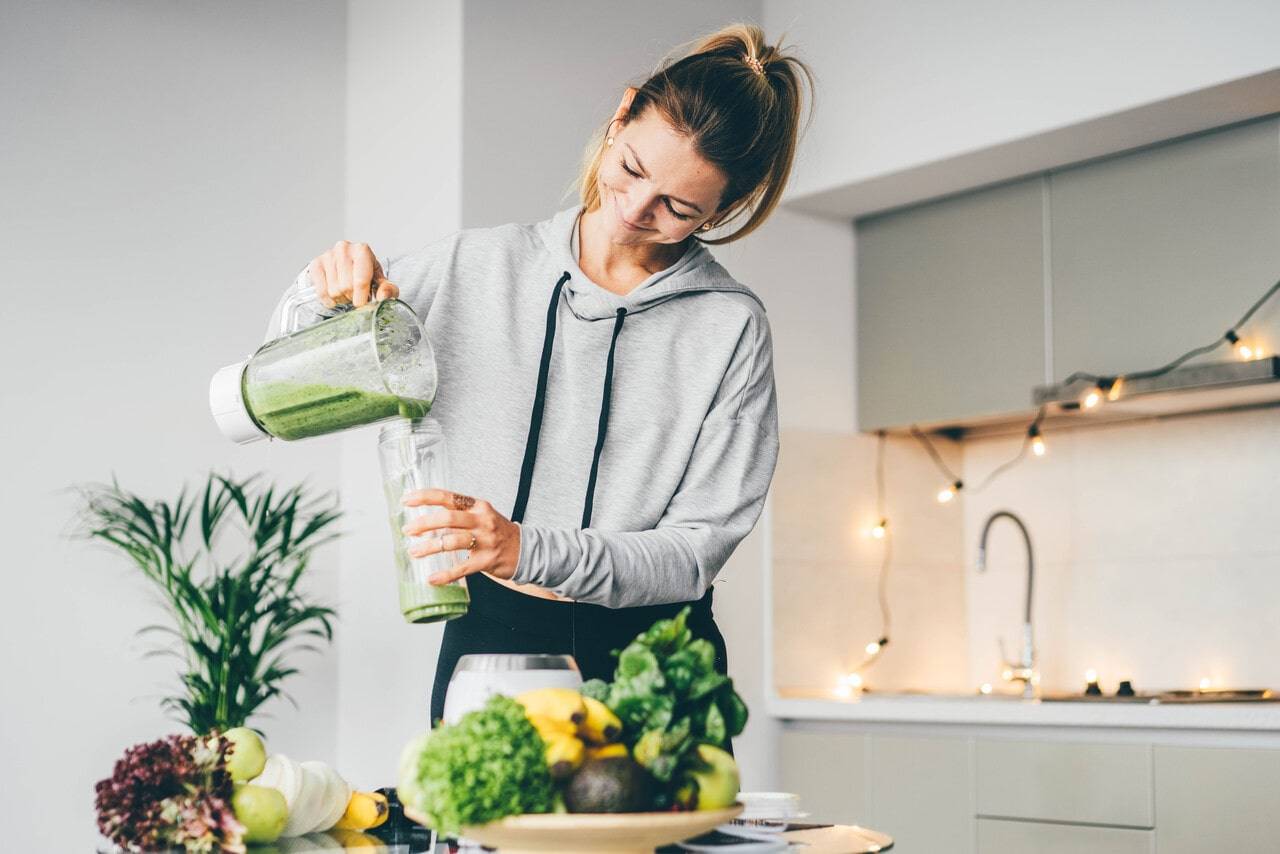 What is Chlorella and Where Does it Come From?

Chlorella is a single celled, green freshwater algae [1]. Its impressive nutritional profile has led some to call it a “super food.” While its exact nutrient content depends on growing conditions, the species used and how supplements are processed, it’s clear it packs several beneficial nutrients, they include:

Because chlorella has a hard cell wall that humans cannot digest, you must take it as a supplement to reap its benefits (broken wall) [9].

Chlorella is also high in chlorophyll – a green pigment that plants use to make energy from sunlight and helps rid the body of toxins.

The majority of Chlorella that is available in the U.S is grown in Japan or Taiwan.

Theoretically, Chlorella simply needs sunlight, freshwater and a few minerals to grow, and therefore is available worldwide - usually found next to lakes with freshwater. 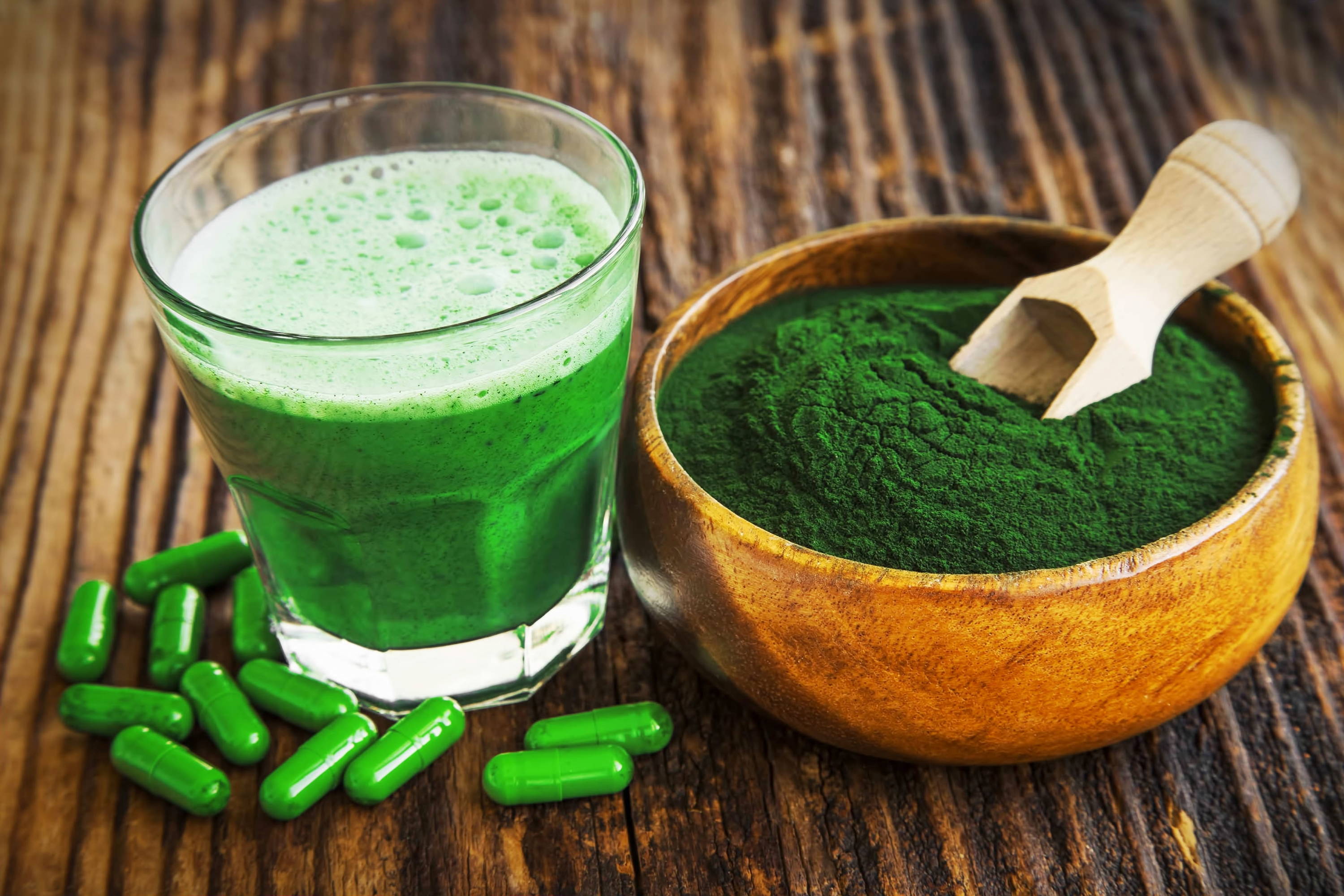 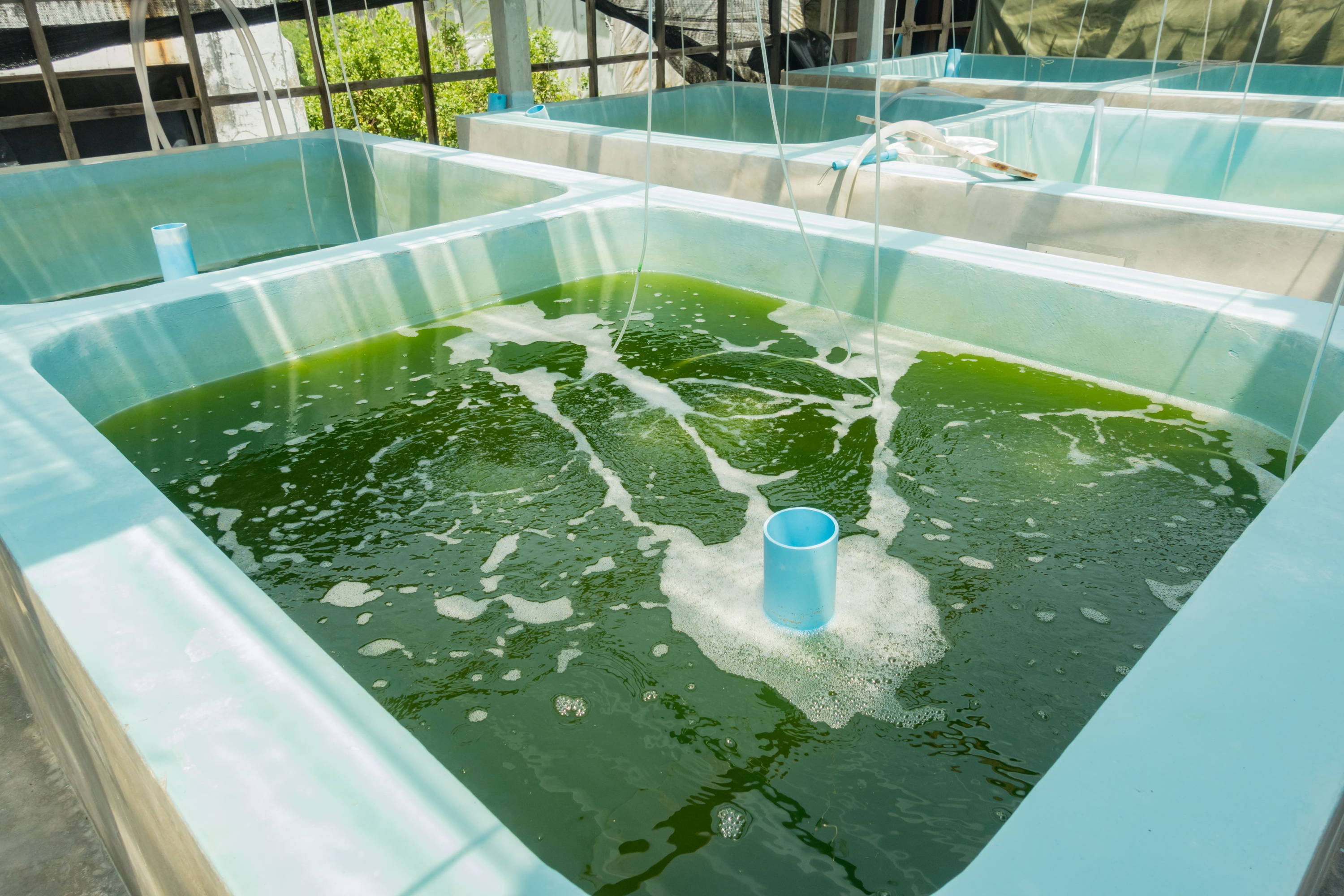 Chlorella is sold extensively as a supplement or nutraceutical product [10] and is mainly used for nutrition and as medicine.

Chlorella is being used all around the world, in countries such as Japan, the USA, Europe, and more. In East Asia, it is consumed with pancakes, tea and rice.

It is believed to have many health benefits, such as reducing blood sugar and cholesterol, protecting the heart and liver, helping to prevent anemia, supports detoxing, helps combat oxidative stress, may improve mental health and enhance physical performance. 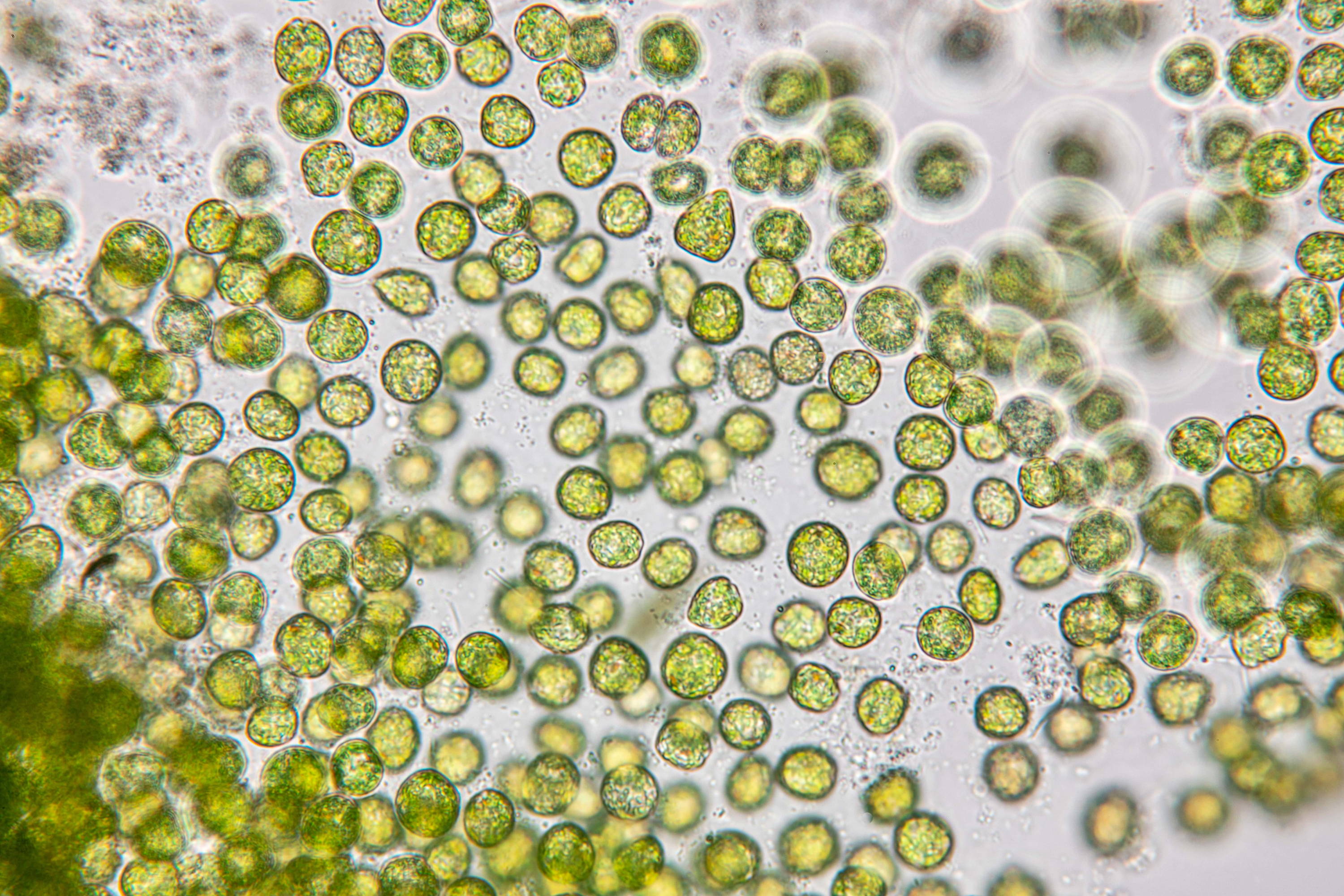 Chlorella is believed to have been born around 2 billion years ago, and is thought to be the “source of life on earth”.

Due to its microscopic size, it wasn’t discovered until the late 19th century.

In 1890, A Dutch scientist called Beijerinck discovered a beautiful, small green plant that was just about visible under a microscope.

The name given to this tiny green plant was “chlorella”, in which the Greek word “chloros” (meaning green) and the Latin word “ella” (meaning small) were combined.

Interest in Chlorella production began in the 1960s, when a company in Japan started to culture it on a large scale.

How does it work? 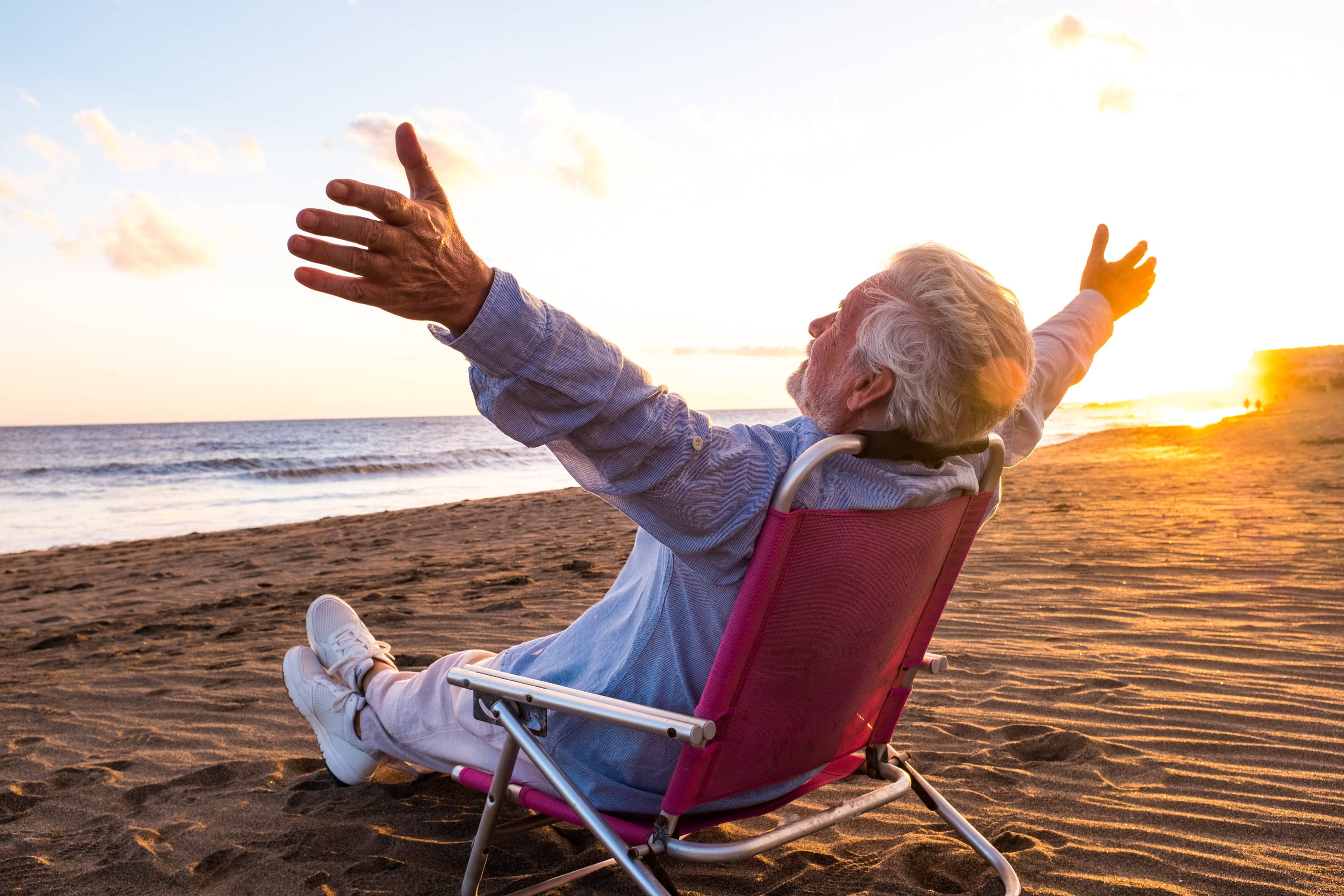 People use Chlorella for many things, such as:

Small amounts of some heavy metals, such as iron and copper, are essential for the body to function properly - but they can be toxic in larger amounts.

While it’s quite rare to have dangerous levels of these heavy metals in your body, exposure to heavy metals through pollution or certain jobs, such as mining, increase the risk of dangerously high levels building up in your system [15].

Algaes such as chlorella, have been found to reduce the toxic effect of heavy metals in the liver, brain and kidneys in animals [16].

Chlorella has also been shown to help lower the amount of other harmful chemicals that can sometimes be found in foods, such as dioxin, which is a hormone disruptor that can contaminate animals in the food supply.

This evidence seems to suggest that chlorella may help enhance your body’s natural ability to clear toxins. 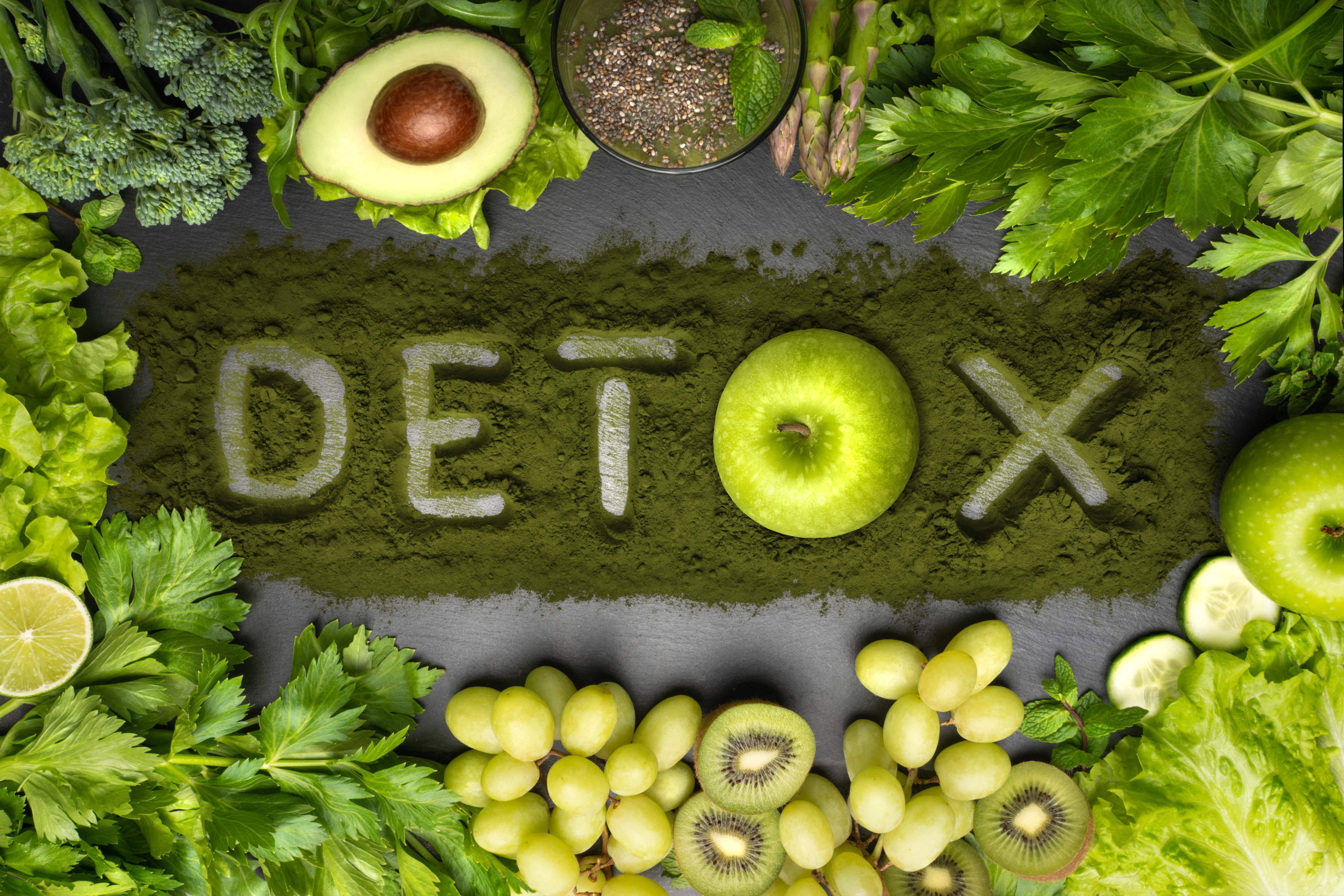 Chlorella contains many compounds that are considered to be antioxidants, such as vitamin C, lycopene, lutein, chlorophyll, and beta-carotene,

Some of these antioxidants seem to reduce the production of advanced glycation end products (AGEs), which drive many of the complications of diabetes [17].

A human study showed chlorella supplements increased antioxidant levels in cigarette smokers, who are at a higher risk of oxidative damage [18].

In a trial of 51 healthy participants, Chlorella tablets enhanced immunity. They increased NK cell activity, IL-1beta, and the Th1 response in people who ingested these tablets for 8 weeks [19].

Intense exercise can weaken the immune system. In a placebo-controlled study performed in 10 female athletes, 5 weeks of Chlorella supplementation prevented the decrease in immune function (measured by salivary immunoglobulin A) during a training camp [20].

Another study of 15 men, revealed that salivary IgA was increased in participants when they ingested Chlorella tablets for 4 weeks [21].

A study of 35 pregnant women showed increased IgA levels in the breast milk of women that consumed Chlorella for 6 months before giving birth. Higher levels of IgA in breast milk helps reduce the risk of infection in nursing infants [22]. 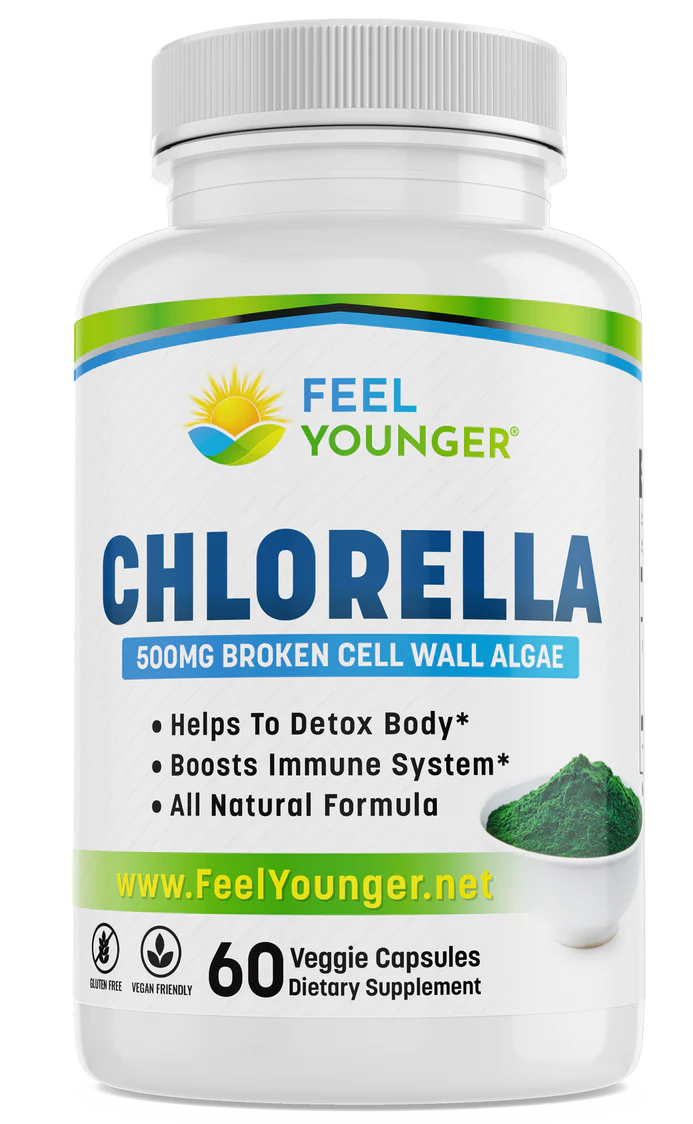 Our Chlorella capsules are high quality, high purity, all natural, vegan and vegetarian friendly and do not contain any nasty fillers or binders.

Here at Feel Younger we believe in providing high doses at reasonable prices. Our Chlorella capsules contain a 500mg dosage, and will cost no more than $24, with multiple bottle discounts and subscription savings available.

Take one capsule twice a day, with water - preferably 20-30 minutes before a meal.

Chlorella is generally recognized as safe by the FDA, but some people may experience side effects such as nausea and abdominal discomfort. 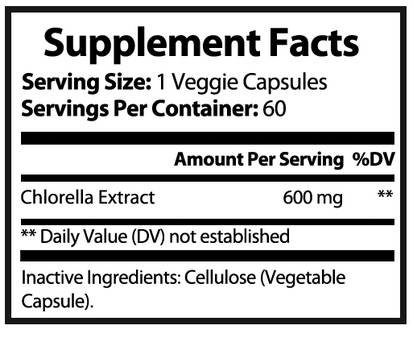